The acquisition tab shows how many new users the app is acquiring and, if you have enabled App Store Optimisation, how well the app is performing in the Apple App Store and Google Play Store.

The new installs chart shows how many new installs the app has had each day over the last 120 days. It can be grouped by country or OS to show how user acquisition compares by geography and between iOS and Android etc.

You can toggle this chart to show the total number of installs of the app and how this has grown over time.

Note that unlike the charts in the Audience tab this chart does not take activity into account and so you should be cautious about how you use the Total Installs figures. However, the chart can still be useful to quickly compare how many new installs of the app there were between two time periods, for example, as a result of a particular marketing campaign or drive to acquire more users.

The widget to the right shows the total number of new installs in the last 30 days and how this compares to and is impacting the total installs of the app for all time.

If you have enabled Push Notifications you can see, over the last 120 days, the total number of installs that have subscribed to receive push notifications and how this varies between iOS and Android. Ideally, these charts should closely match the total installs charts above.

The retention table shows the count of new installs for each of the last seven days. Installs are grouped in cohorts of the date the app was installed. You can then see what percentage of installs in each cohort were active in each of the seven days after installation.

If you have enabled App Store Optimisation, the acquisition tab will also show how well the app is performing in the Apple App Store and Google Play Store. 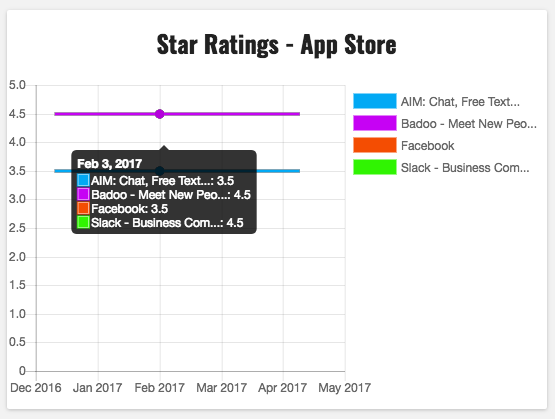 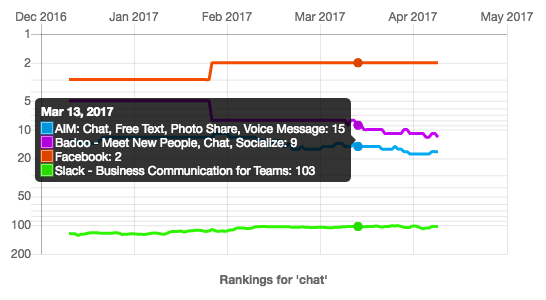 The table shows the key data about your app and its listing compared to competitive apps.

This can help shape your App Store Optimization strategy by showing how the app compares to competitive apps in terms of: